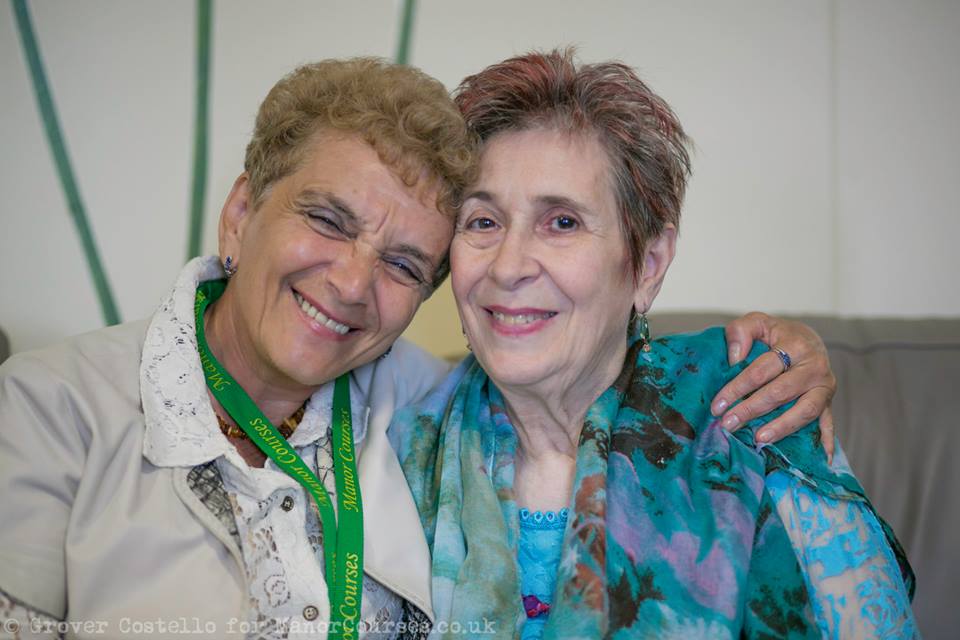 It has now been a whole month since Jacky Barnard passed away. For those that do not know, Jacky was the mother of the 3 current Directors, and was a Director herself for many years. Before being a Director she assisted her own mother in the family business for many years. It was Ilva Smith, our grandmother, who was the Director from the very beginning. Jacky dedicated more than 45 years of her life to helping the business grow, and seeing the language and social development of thousands of children blossom. 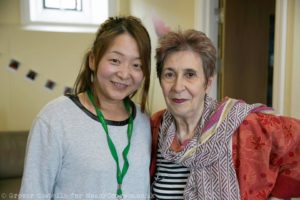 Jacky was born to British and Italian parents, and further to that spent years living in the Middle East. With her international roots and young family holidays in southern Europe, plus her daily life abroad amongst new cultures, she was ideally suited for this industry. Travelling the world for sightseeing and culture, with occasional trips to promote MC to local families and schools, she was well acclimatised to working with staff, parents, agents and the youngsters from a whole range of countries.

As a family business, the work has always been year-round, not only in summer. MC was based at family addresses for many years, but Jacky saw it grow until finally we took a specialist office space in the centre of Brighton, located close by to many of the well-known schools that actually ran year round. Her even grander achievement was working alongside her son, Nick, to move the summer campus from one larger and better equipped location to the next. The first big move she was involved in was in the early 1970s, relocating from local Sussex up to the Midlands. Before becoming a Director, she enjoyed summer helping her mother when it was based in Malvern, a few hours away from their hometown. After Malvern she selected Rendcomb College with Nick, as the ideal place in the Cotswolds for our young language learners, where the countryside and surroundings were very isolated but created an ideal environment for learning and playing. Jacky then went looking for bigger campuses with Nick, and they found Taunton, which gave us space to welcome more students, and to take excursions to new destinations in the South West of England. Finally in 2007, only 5 years before she prepared to retire, Jacky was overjoyed to find a perfect campus at Hurst, much closer to her hometown Brighton, near her aging parents, and young grandchildren. 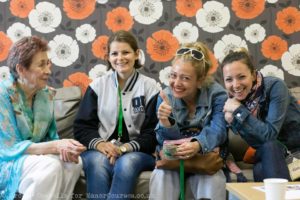 Jacky oversaw MC become an accredited school with the British Council in 2008, gaining recognition for our high standards, and managing to improve them even further. During the next few years she got to see a very dedicated team of summer staff return again and again, much like some of our students and their group leaders. This period saw many improvements at the campus and at MC that reflected the changing industry and world around us, whether it was the changing nature of academic resources and language study facilities, or the fast pace of changes to health, safety and safeguarding of children, or changes that were happening to international travel amidst worldwide events and other changing customer patterns and needs. Nonetheless she enjoyed witnessing these changes and seeing the dedication of her own children maturing as Directors and their team of well-appointed staff become major players in the industry and not suffer from these social, economic or other trends. 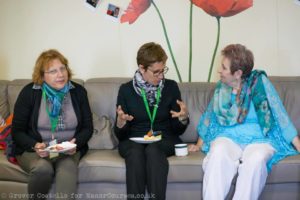 The respect and gratitude of the many people who lived, worked and played alongside her in her MC control seat can be seen on our Facebook pages/profiles in their recent messages/comments. Over many years Jacky received letters, postcards, seasonal greeting cards  and emails, from her business partners, staff and clients that were always of a very personal nature, very affectionate. They too are testament to the value she holds in those people’s minds. Obviously this industry is clearly suited to a personality like Jacky’s, taking care of hundreds of people at any  one time, with the most personalised service.

The industry magazine EL Gazette is very aware of the value of a family-run school, acknoweldging customer demands and the evidence from British Council inspections:

“Although increasing numbers of chains and adult language schools are offering EFL courses for closed groups of juniors, inspection results show that the best options are to be found in family-run schools with years of experience in the junior market in safe, family-oriented locations…”

And they recognised the importance of the company and host-campus college relationship as being key too:

“Residential summer specialists tend to have worked closely with the same boarding schools for years. The Barnard family at Manor Courses, one of our newest Centres of Excellence with ten strengths, are the third generation of their family to be in the business, and their relationship with Hurstpierpoint College stretches back years…”

You can read more on family-business impacts on the industry at:

But if you want to know more about Jacky, or have any comments, just get in touch with Nick, Jon or Su here! These pictures show Jacky with some representatives of our oldest clients, most of whom have had very close contact with her over the years. 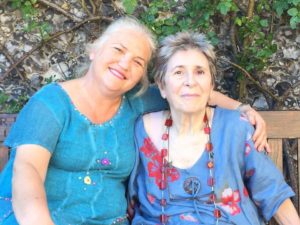